SLPonyPlay - where the ponies meet - your 'hoofbook' for SL ponies 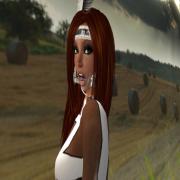 As we can see it looks like Lea (Leanora Pera) is gone from SL for whatever reason. The Pony Info Cup was her work, Sinha Hynes and Katinka Teardrop have led it substitutionally for the rest of 2011. There was no money to earn just the high prize of the Cup. It was Lea who established the Pony Info Group Cup and had set the rules so far. We did not want to take this cup from her, maybe she will return at some time in the future and may want to continue it. The ways of SL are inscrutable. So the PIGC in the existing form is not continued in the year of 2012. But we encourage the idea of ponys having fun in competing and having set up a new set of rules which are more clear and fair for everyone.
The Pony Info Group is still the main group for ponies, and is used for announcements and results.


Rules in a cup event are simple, the rules for every competition are made by the hosting stable.


The amount of cup events is reduced and strictly limited unlike in 2011. So a cup event is something special. For hosting stables there is a list at the bottom of this page containing a pool of available event types. 2012 has 52 weeks, so there are a pool of 13 event of each type (barrels, cart, slalom, and steeples). This results in a limited amount of events per type, when the pool is empty there can't be any more events of this type. Also there can be only ONE cup event per week. A week is from Monday until Sunday. A stable can't have two cup events in a row. Each stable can announce only two future events at once to give other stables the chance to get one cup event also.
See this link


An event can be listed as a Cup Event when it meets the following requirements:
Every event must have...
... been announced at least 7 days ago at the slponyplay.com website as a cup event
... been announced at least 2 days ago in the Pony Info Group (reason: PIG often does not deliver the message reliably) as a cup event
... a duration of at least 2 hours free to join the line within the time
... an official result including all starters, posted in the PIG and on the website

The official rule for counting didn't change, it is still the same as in 2010 and before. The hosting stables should count the same way to keep confusion down. So if a place is a tie the next place will be skipped. To give an example: 1-2-2-4-5-6 instead of 1-2-2-3-4-5. This will make it more easy to understand how the cup points are given. Refer to topic CUP POINTS.

), which will be listed at the website beside the cup points


The cup has started to collect L$ again based on tips. Every stable is asked to donate L$100 for a cup event, everyone else can donate as usual. The final prize will be given at the end of the year as usual in the following categories:
- best in cup (all disciplines)
- best in barrels
- best in cart
- best in slalom
- best in steeples
so the final prize money will be split by five.


In case of any problems there is a board of judges. It consists of three people and has to decide with a majority vote. Judges may not be in any relationship (e.g. partnered, dom/mes, subs, etc). Their position can be transferred to someone else when they resign. All three judges will always be listed at the website for public view. There will also be a form for filing cases and a history of decisions.
See this link


The rules as listed here can't be complete nor completely fair by the nature of SL. Some asked about rules for the stables, for the times, and many more rules. But the cup rules are not to force stables to do things with too much detail. Timezones, technical limitations of SL, and much more make it hard and sometimes frustrating.

The following things are always good to keep in mind, regardless if its a cup event or not:
- The standard pony behaviour still applies, a bit, harness, hoofs and tail are required to participate. Also ponies and visitors are kindly asked to observe the pony behaviour while at any event. A detailed notecard will be posted soon.
- Hosts for events are asked for trying to arrange a broad variety of event time points, so every pony has the chance to be at an event.